From the latest statistics, video gaming has emerged from the darkened bedrooms of youngsters to become a significant player in the entertainment industry across the world. Recent figures released by the Entertainment Retailers Association (ERA) in the U.K. showed that Britain’s video games sector is now bigger, in cash terms, than both music and home video combined. What’s more, this picture echoes around the world, with video games going from strength to strength on smartphones, consoles and personal computers.

The U.K. games industry is worth more than £3.86 billion ($4.85 billion in USD), according to estimates by the ERA. These numbers are even more remarkable by the fact that much of this income derives from only three main games. FIFA 19, Red Dead Redemption 2 and Call of Duty: Black Ops 4 dominate the market, with each game selling more than a million units in 2018. Of course, these figures don’t include the huge range of free mobile app games such as Fortnite, which more than 200 million people play across the globe. In-app purchases in this kind of free game are a significant growth opportunity by many developers.

UKIE put the figures even higher, estimating the U.K. games market to be worth £5.11 billion. That comprises £3.56 billion in software and £1.43 billion in hardware. Game culture, which includes merchandising, books, events and movies, adds a further £117 million.

Games market analyst Newzoo predicts the same phenomenal growth across the world, with total games market estimated to grow from $137.9 billion in 2018 to $180.1 billion in 2021. The driving force behind the growth is mobile gaming, with smartphones and tablets passing consoles and PCs for the first time in 2018 as well as $70.3 billion in sales accounting for 51 percent of the worldwide total. Console games took $34.6 billion (25 percent) while PC games earned $32.9 billion (24 percent). That represents a growth of 25 percent in 2017, and this growth shows no sign of stopping, with annual compound growth of over 10 percent predicted for the next few years.

Globally, China dominates the games market with 28 percent of all spending, followed by the U.S. and Japan. However, the Japanese spend more per person than any other country, outspending Americans by half as much again and spending two and a half times as much as Europeans. Together, the Asia/Pacific market accounts for more than half of all gaming spend worldwide.

A Move Away from Owning Music

Part of the reason for gaming surging past other forms of entertainment is the change in the way we consume music. In the U.K., CD sales fell 9.6 million year on year while in the U.S., CD sales have dropped 80 percent in the last 10 years, from 450 million a year to only 89 million. Two of the recordings up for a GRAMMY for Album of the Year — “HER” and “Invasion of Privacy” — never even released on CD this year.

In Britain alone, 91 billion tracks played on streaming services such as Spotify. That accounts for 63.6 percent of all music consumption. Similar figures are seen around the world as the need to physically own music fades out like the end of an album.

Of course, gaming can also mean gambling, and this market is also seeing incredible growth across the world. Statista estimates the worldwide gambling market to be almost as big as the gaming market at around $51.96 billion, with the market predicted to reach $73.45 billion by 2024. That represents a growth of over 40 percent in only a few years.

Once again, this growth has been fueled by mobile gaming, with a significant number of online casinos and poker rooms now offering gambling apps on smartphones that are easy to use and fun to play. These allow the casual player to enjoy a few hands of poker on the train or spin the roulette wheel on their lunch break without needing access to their PC or having to dress up to visit a casino.

Experts estimate that there are now 2.3 billion gamers across the world. That means three out of 10 of the entire population of the planet now play video games, apps and online gaming. The industry is no longer only a niche market for nerds, as it is a leading global business, forcing the entertainment industry to rethink its priorities. Such can only be good news for gamers, as more investment leads to more innovation and an even better gaming experience. 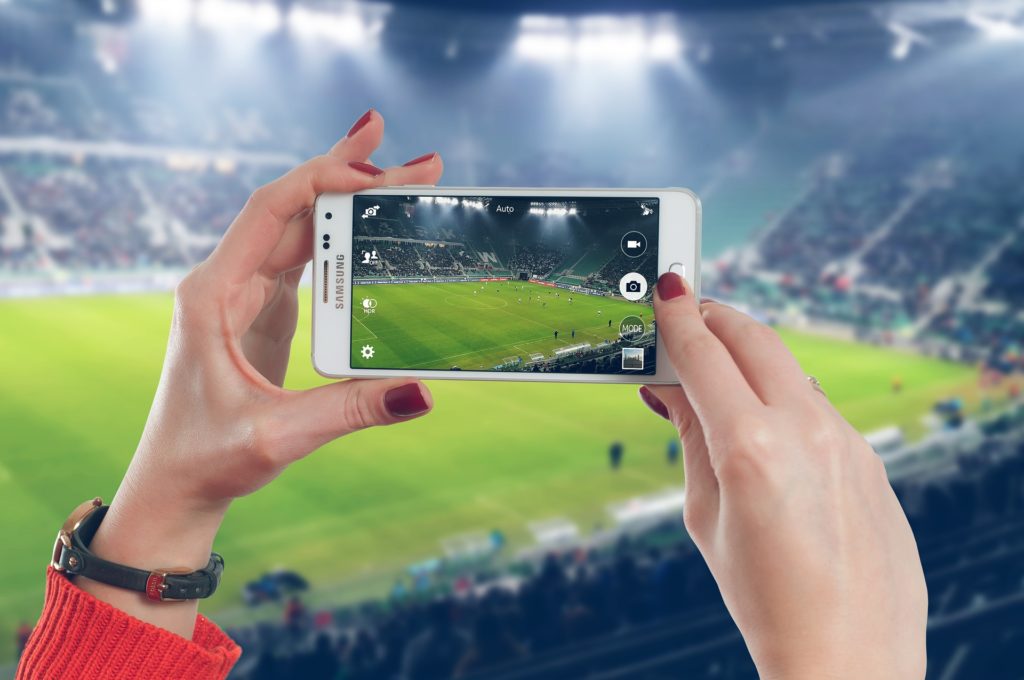