Ransomware has been dominating the news for several weeks, and is likely to stay in the news for most of the year. Ransomware is a distinct type of cyber attack, in that it extorts payment from the victim in exchange for allowing access to something that was encrypted in the attack. The most prevalent type of malware used in this kind of crime is ‘crypto-ransomware’, which normally encrypts the files on the compromised system, and then demands a ransom in return for the ability to decrypt and recover the files. The latest iteration of crypto-ransomware is called Locky, and is the most advanced version of ransomware we have seen in the wild.

Ransomware isn’t new; the first piece of ransomware was distributed via 5 1/4 floppy drives through snail mail back in 1989 (pdf). It wasn’t very successful, but criminals obviously recognized the potential of generating revenue through extortion. Modern ransomware was first discovered in the wild in May of 2005, as a “low risk” Trojan horse named Trojan.Gpcoder. This Trojan would encode files and create an “ATTENTION.txt” file that contained the following message:

Some files are coded.

Early ransomware disguised itself as spyware removal or PC cleanup applications. These did not rely on encryption, but they damaged the PC and offered to fix the damage upon payment for the application. After a couple of years, these scams gave way to attacks using fake antivirus applications. These fake AV applications were similar to earlier ransomware attempts, but also attempted to trick users into paying for multiple years of support.

There are several reasons why ransomware attacks have been spreading so quickly over the last few years:

The growth in ransomware attacks is expected to continue throughout the year, and expand to other platforms such as Macs, smartphones, and IoT endpoints. Even the most successful iterations of ransomware will evolve to stay ahead of defenses. Users should deploy multiple layers of protection to secure their networks. 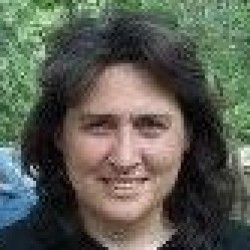