Decision-making is the very essence of business. Decisions matter, from setting out a company’s high-level strategic vision to executing on its most basic daily operations.

Every decision is accompanied by uncertainty and risk, because decision-makers must simultaneously decide which paths they will not choose. The level of risk can be mitigated by gathering better information, but at some point, each decision marks a turning point from assessing a range of options to taking some concrete action.

Decisions do not get made in a vacuum; they are a function of an organization’s history, culture and leadership style. Of course, successful leadership depends on making the right decisions – at least most of the time.

What’s needed to make better decisions is an institutional framework that enables team members to quickly discover new ideas, share accountability, and engage deeply with each other. In this age of social media, workers also want workplaces that are more social and inclusive. What’s needed is a platform for real buy-in that will motivate workers to become accomplices in the organization’s master plan.

A Short History of Business Decision-Making

The context for decision-making has evolved greatly over the years, so it is valuable to retrace the history to make better decisions today. Way back in 1938, Chester Barnard published a pioneering work on organizational theory titled The Functions of the Executive. Barnard defined organizations as cooperative systems of human activity that make decisions based on incentives (carrots) and/or authority (sticks).

By the 1960s, a new SWOT model of analysis had emerged to weigh any decision based on four related vectors: Strengths, Weaknesses, Opportunities, and Threats. Many managers found this four-quadrant model to be useful when facing difficult decisions under short deadlines and complex circumstances. Despite these advances, lots of companies were still plagued by very bad decisions.

In 1985, the Coca-Cola Company made one of the all-time worst business decisions by introducing “New Coke” to keep pace with archrival Pepsi, a sweeter brand of cola. Coke’s management had conducted extensive focus groups with 200,000 consumers to taste-test the new sweeter recipe.

The decision to launch New Coke was a total disaster. A consumer groundswell quickly rejected the product and demanded a return to the Classic Coke flavor. The company’s top managers had never considered that consumers may not want a replacement for traditional Coke. The widespread public outcry forced Coke to return its original soda flavor to store shelves within just three months.

By the late 20th century, decision-making had taken on a more human resources and behavioral approach, with a strong emphasis on effective human capital management and talent development. Young managers were groomed by experienced mentors, and the most promising leaders were encouraged to hone their decision-making skills by working in different departments and across diverse geographic regions.

At the same time, new computer technologies were emerging that provided deeper levels of data analysis to support business decisions. However, leaders still did not have an anonymous feedback loop to build healthier two-way communications with their team members.

The tables started to turn in favor of consumers with the explosion of the Internet in the late 1990s. New online sites for comparison shopping enabled shoppers to make better buying decisions based on prices from e-commerce sites, catalogs and traditional retailers. Suddenly, it was impossible for companies to camouflage their inflated prices or poor customer service.

The dawn of the 21st century marked an era of major technological disruption for decision-makers. Consider what happened to Polaroid and Kodak, which had dominated the photography and film industries for decades. Both companies misjudged the rapid uptake of digital photography, and they were soon eclipsed by Fuji, Sony and other digital innovators.

Similarly, Motorola and BlackBerry were the best-selling mobile phone companies in the early 2000s, but both manufacturers were blindsided by the transition to smartphones. They were soon marginalized by the enormous popularity of Apple’s iPhone and Samsung’s Android phones. Business scholars have written extensive case studies about the failures of these companies to make hard investment decisions when confronted by shifting market sentiments.

Throughout much of the 20th century, the classical mode of business decision-making was based on a hierarchical, top-down management structure. Organizational flow charts reflected a command-and-control mindset that emanated from the C-suite. Orders from the bosses were cascaded down through each bureaucratic layer of middle management, with scant input from the teams doing the actual work.

This classical approach to decision-making gathered employee feedback from staff surveys, town hall meetings and old-fashioned suggestion boxes. Still, employees were hesitant to express their true feelings or offer honest criticisms, due to fears of a management backlash. In turn, management could never fully grasp the nuanced problems facing their teams.

Companies today can choose from a broad range of software tools for workforce collaboration, including Skype, Jive, Microsoft Yammer, Box.com and many more. In addition, new platforms for internal crowd-solving such as POPin can help identify knowledge assets and information resources from workers across a company. This allows employees to comment and vote on shared ideas about how to solve mutual problems. By applying this type of collective intelligence, the team’s best ideas soon bubble up to the top.

Through anonymous crowd-solving platforms, any employee – regardless of job position, education or experience – has the chance to submit an idea without a threat of retribution. In addition, the team gets to vote on the best ways to implement their shared plans.

Such an egalitarian approach increases buy-in from team members, resulting in a more motivated staff and better aligned teams. In this way, crowd-solving gives decision-makers a powerful vehicle to gather unforeseen insights from the combined knowledge of the entire team, not just the same old pat answers from an insulated group of bosses at the top. 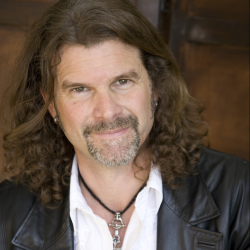 Brian Anderson
Brian Anderson is chief marketing officer at POP. He has over 25 years of global marketing experience in technology, business to business, and business to consumer markets. He has a proven track record of success in branding, revenue growth, M&A, IPO, as well as multiple key marketing disciplines.