I was talking to a group of tech enthusiasts the other day and I asked the following question.

“What is Microsoft’s plan for the Surface line of tablets?”

Seems like an easy enough and somewhat ridiculous question doesn’t it?

Redmond had a plan and they secretly built a line of premium tablet devices that are now trying to create a new form factor – laptop/tablet replacement.

You see, it’s not at all clear that Microsoft built the Surface to dominate the marketplace. On the chessboard, that would mean Redmond would be pissing off a whole lot of competitors and that would bring a set of problems that Microsoft doesn’t really need right now.

I remember writing about the fact that Steve Ballmer said as much even though it seemed somewhat asinine and irresponsible at the time.

On the other hand, it’s not at all clear that Microsoft is building these devices primarily as a reference point for OEM’s. A flagship device that would inspire OEM’s to build similar devices and raise their quality standards.

If that was true, it would be tremendously wasteful, irresponsible to shareholders and pretty ineffective at the end of the day ( it ain’t workin).

The question then is, is there a clear rationale and strategy behind these tablets or is this just an attempt to have a complete ecosystem and prove that Microsoft can indeed build hardware?

My concern is that the answer is Microsoft are trying to split the hair in half. They want to sell enough units to be profitable but not enough to piss off OEM’s. In addition, they are primarily worried about raising the bar for Windows related hardware and would like OEM’s to follow suit.

That would be depressing.

Maybe I missed something so I’ll ask you the audience, what is Microsoft’s plan for the Surface line of tablets?

Use the comments below… 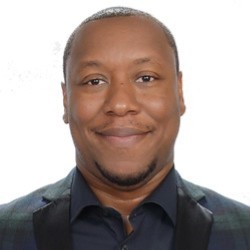 35 thoughts on “What is Microsoft’s plan for the Surface line of tablets?”