It’s impressive to think how far Razer has come as a hardware manufacturer. Starting with high-end gaming peripherals, the company has gone on to launch a well-received line of laptops and has now decided to break into the smartphone market. Its first offering is a very impressive device and one that pays tribute to the company’s history of gaming excellence. Priced at $699, the Razer Phone is packed with features, but the crown jewel is the 120hz UltraMotion screen that is one of the best in the business.

Razer has gone for a slightly more boxy design aesthetic than that found in its sleek, streamlined laptop casings—although the CNC aluminum body certainly feels solidly built. Port-wise it’s pretty stripped back, with a microSD slot and a power button the doubles up as a fingerprint scanner, along with a pair of rounded volume controls and a Type C USB port. Unfortunately, Razer comes without a headphone jack, which—despite the excellent quality of the speakers—will come as a drawback to those looking to enjoy media from their device during a public commute. Camera-wise, there’s 8 MP worth on the front and 12 MP on the back along with a flash. The Razer’s battery is pretty big at 4,000 mAh. However, it averages out at around the 10-hour mark for web surfing, which is pretty much average for a phone of this class.

While the display is undeniably high-quality, it is let down by a poor backlighting mechanism that can often fail to do justice to the deep color rendering. The selling point here though is UltraMotion. At 120hz, it’s got the highest refresh rate of any phone on the market—making it the ultimate screen with which to enjoy high-spec mobile gaming. UltraMotion helps bring the phone’s considerable processing power to vivid life, with the action easily capable of being rendered at over 60 frames per second.

It’s probably not an exaggeration to say that Razer might have the best speakers of any smartphone currently available. The front-end speakers each come with their own amplifier, and it shows in the sound quality. Pre-loading it with Dolby Atmos software for genuine 360-degree sound doesn’t hurt either. Frankly, the Razer’s audio capabilities outclass those of many of today’s laptops. The mids are clear, the hi-ends are crisp without being tinny and the bass sounds nuanced. There’s also a minimal amount of distortion at higher levels. Whilst the level of speaker quality is phenomenal, one can’t help feeling that this achievement is still somewhat diminished by the irksome lack of a speaker jack that seems like it wouldn’t have killed the designers to accommodate on what is already a fairly large chassis for a smartphone of its class. If you’re the type to game on your phone in a private space, though, the speakers wonderfully reinforce the phone’s overall gaming aesthetic.

This phone is shamelessly targeted at the widening demographic of players who game seriously on their phones, and it shows. The screen is well position and comfortable to hold in the portrait position, and none of the buttons gets in the way of the user’s fingers when the action gets hectic. The frames per second count are reliably high, even on more power-hungry games. The impressive 8GB of RAM on board and Qualcomm processor comfortably outclass the rest of the competition in the Android class. It can’t quite touch the top end iPhone models for raw hardware power, but otherwise it runs most available games and apps very, very comfortably. Plus the phone’s well-engineered cooling system means it never becomes uncomfortable to hold, even over extended gaming sessions.

Not the phone’s strongest point, truth be told. Low-light shooting becomes muddled on both the front and back aperture. Feature-wise it’s very thin on the ground apart from an optical zoom that you have to pinch to use and barely achieves 2x magnification. Color rendering is good, but detail is less than what you’ll get from an iPhone in the same bracket. While functional, no one would mistake the camera features as a selling point of this handset.

This is a solid piece of design, with plenty of power under the hood and features that succeed to make it one of the best gaming phones around. However, as a general usage smartphone, there are better models from Samsung and Apple at the same price point that boast better screens like OLED, better cameras, superior battery life and (yes, again) a headphone jack. Still, this is an impressive debut for Razer as a smartphone manufacturer, and it should be interesting to see where the company goes next. 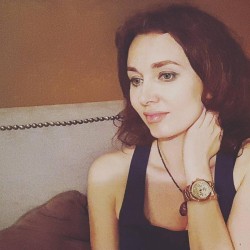