When bringing disruptive technology towards mass adoption, providing a shallow learning curve far outweighs the number of features in importance. This can be particularly true if user demographics skew towards those accustomed to offline workflows.

Building for the “early adopter” demographic usually serves as a good onramp towards growing a user base but can often result in a product over optimized for features instead of approachability. At Peek, we’re almost two years into our journey in reinventing the real estate shopping experience with virtual tours. With over 90 percent of real estate listings still without virtual tours, we have a long way towards bringing the technology to everyone. Here are some of the lessons we’ve learned thus far.

The first iPhone launched without 3G, copy and paste, VPN support, or third-party apps. However, with little to no instruction, any user could pick up the device and it would take care of the key tasks. The essential factor was discoverability in the interface—with no prior knowledge, users could still easily figure out how to send and receive messages, browse the web, and make a phone call. It accomplished the necessary tasks in the most discoverable way possible.

In 2018, I encountered the opposite experience when first experimenting with virtual tours in real estate. Existing solutions were extremely powerful and allowed for overwhelming degrees of customization. This was great for an expert user but led to significant issues when we attempted to have 30 agents start creating virtual tours. The extra “features” became “bugs” when agents weren’t able to navigate the interface. They would get bogged down in customization and spend too much time trying to create a virtual tour. None of the extra functionalities mattered when users couldn’t figure out how to accomplish the basic goal: create a virtual tour.

That’s not to say that advanced feature sets shouldn’t be built. All of the “missing” features absent from the first iPhone have subsequently been added, but the layering of incremental features came well after mass adoption and consumer familiarization with the basic concepts of the iOS interface. When seeking to gain adoption among non-users, simplicity of interface takes precedence over completeness of features, as long as the critical functionalities are covered.

Despite having the experience of trying out dozens of virtual tour solutions before deciding to build one, we didn’t get it right the first time. As much as we could make the interface familiar and guide users in simple terms, the fact of the matter is that when people are dealing with new concepts, they will make mistakes. Our first “beta” version lacked a back button. While it was great at showing you what to do, if you did the wrong thing, it was extremely difficult to undo. It’s an unrealistic expectation to believe that your users will just do the right thing so it’s critical to build a forgiving interface.

Going back to the original iPhone, this was the genius behind the home button. Smartphones before the iPhone generally used a multi-function button which would bring up a context-dependent menu much like the “start” button on a Windows PC. The iPhone replaced that with a catch-all “home” button which would always bring you back to the “home” screen, regardless of what you did. Any mistake or disorientation could be solved with one button to start over, and with apps designed to be shallow, you were never too far away from being able to “retry” something.

Allowing mistakes to be undone is all the more important when dealing with a user who may be skeptical or uncertain of their own ability to interface with technology. Not knowing what to do next or getting “stuck” shatters confidence and makes it unlikely that the user will return.

In short, it’s less about what features to build, and much more about providing the necessary functionality in a natural and easy to learn interface. Users will forgive you for a missing feature or two, but they need a simple and forgiving workflow. Without that, it’s an uphill battle to adoption, no matter how groundbreaking the technology is.

In a recent IRI study it was observed that consumer demand for convenience and value is increasingly influential in bringing potential customers onboard. This has been put front and center in the last six months or so due to the pandemic as well. Consumers are craving products and services that are going to make their lives “normal” or “easier.”

To use the real estate industry as an example again, the source of lead generation for agents has shifted. Over 70 percent of customers look for homes online, and more than half of house tours are booked through a website. Agents are in need of digital tools that are simple to use and can help them seamlessly move their typical business operations online. They aren’t expecting a tech solution that requires hours of training and hand holding from experts. They need immediate and effective solutions in their hands that strengthen the output of their business operations.

When introducing tech to industries that are behind in tech adoption, simplicity can be the determining factor that dictates whether your product offering will fly or flop. So, test your products on the “technophobic” and take their feedback seriously. Learn from your early users and iterate from their feedback. Demo every step of the product offering multiple times and then reevaluate and simplify if possible.

It’s important to be thorough in the beginning so that by the time your product reaches the market, consumers won’t need step-by-step instructions or be turned off to implementing. As you know, tech adoption is fast moving and it’s competitive. Making your products simple for the consumer to use and deploy will give you the upper hand. 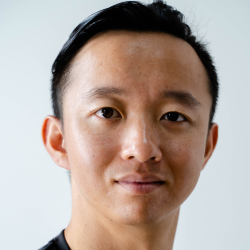