Be it for business or personal requirements, the cloud has made its way into our lives in the form of home-automation (IoT), banking services, gaming and entertainment facilities, and more. Cloud storage in particular is an important hallmark of today’s networking-rich and mobile internet-based society–and Microsoft’s OneDrive and Google’s Google Drive are two of the key players in that market.

The Epic OneDrive vs Google Drive Battle is Definitive of 2016

While DropBox defined our lives in the past two years, two major players have emerged over the past year. These are Microsoft One Drive (the erstwhile SkyDrive) and Google Drive. These cloud storage providers had been lurking around in the background for a while now, waiting for their chance. Today, though, a staggering number of people use these drives: simply by virtue of their integration with certain major operating systems. Most Windows machines, for instance, come preinstalled with OneDrive. Additionally, the majority of users on Android smart devices utilize Google Drive for automated cloud backups. But who wins?

OneDrive benefits from being under the aegis of Microsoft, still one of the most popular OS manufacturers of the century. With millions around the world using MS Office, Win 8/10, and Windows smartphones, OneDrive already has an established user base.

The software often comes pre-installed, and with native editing facilities, it makes the collaborative process a lot simpler for people. For instance, those who run Word or Excel on their computers may find it much easier to edit files online when stored with OneDrive, simply because it comes under the Microsoft brand name.

Google Drive: Why Many Users are Finding it So Compelling

Google Drive’s major selling point is that it’s under the Google Umbrella. As an Android or Gmail user, people automatically qualify for Google Drive storage facilities. Google already has your phone images, your contact backups, the attachments sent over the cloud to you: syncing is thus surprisingly easy. Unsurprisingly, a majority of Google Drive’s hard-core fans are also Gmail users.

The integration with Gmail is so deep and intrinsic to Google Drive that it even astonishes long-time users. Additionally, collaborative work and sharing facilities make it a plus for those who work as a team.

Features: What’s in it for Home, Business and Enterprise Users?

Having established the user bases most likely to use each of these drives, it is important to look at the specific features individually.

Pricing and Storage Options for Google Drive and One Drive

Understandably, each of these cloud storage services offer different plans and storage facilities for better scalability.

When it comes to features, Google Drive and One Drive both pack in a similar amount of arsenal. For instance, in terms of OS support, both offer Windows, Mac, Android, and iOS support. Neither supports Linux or BlackBerry interfaces.

In terms of extra storage options, while you can’t earn extra free storage on either, both have scalable plans as mentioned earlier. Both drives allow users the option to try for free and downgrade as required.

OneDrive and Google Drive both utilize a simple no-hassle setup and interface approach, with many similarities.

So what’s OneDrive got?

When it comes to the web-based interface in particular, One Drive is clean, easy to sort-through, view and search files with. The Windows-based version still feels a bit clunky, while the iOS and Android versions feel distinctly made-to-order for their own OS versions. Download speeds vary between 7-8 MBps, with upload speeds marked at 0.7 MbPs. As for security, OneDrive files are encrypted only during transfers and not when on a physical device.

Hey, what about Google Drive?

Google Drive has no extra setup needs plus app integrations with Google’s API. The web interface is easy-to-use, although users claim to be frustrated by the “unnecessarily innovative naming” of its menus. Like its Microsoft counterpart, Google Drive doesn’t offer automatic data encryption on physical devices either, although it does offer multi-layered encryption on the cloud. Our tests indicated speeds around 1 Mbps (download) and 0.3Mbps (upload).

A Few Last Words on these Cloud Storage services

Overall, both of these drives offer similar features including bare-bones synchronization, no local encryption, easy collaboration features, a range of office suites including Spreadsheets and Document editors, and good backup options. 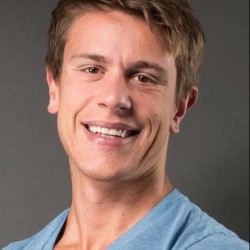 Mauricio Prinzlau
Mauricio is the CEO of Cloudwards.net, a data and user feedback driven comparison engine for cloud apps and services. He enjoys writing and producing educational videos around the cloud to help people find the best cloud service for their needs. 5 thoughts on “Choosing Between OneDrive and Google Drive: All You Need to Know Is Right Here”